Home Coleman Technologies Blog Technology A Few Budget Options for Your 2020 Smartphone Search
Are You Having A Technology Emergency?
Get in Touch!

A Few Budget Options for Your 2020 Smartphone Search 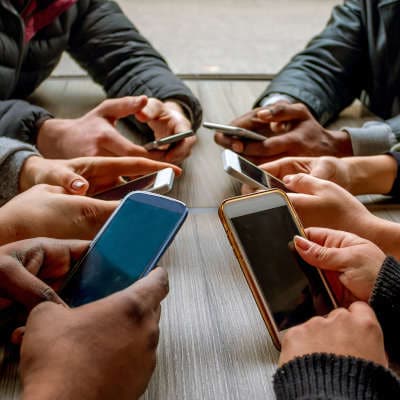 We should start by mentioning that some of the best options are actually purchasing flagship phones from the past couple of years. Most flagship smartphones from 2018 have the same specs as many of the mid-range phones today so they can be had at a budget price point. These devices tend to not only have comparable specs, they typically have superior build quality, run on better processors, and offer a user experience in line or better than the experience they would get on some budget smartphones.

Some options to consider are the Samsung Galaxy s9 and s9+, LG’s V50 thinQ, the iPhone X, and the Google Pixel 3 XL. The only drawback of older phones is that they may not get the same amount of software upgrades that a newly-purchased phone would. Either way, you might get the most value out of an older flagship phone.

The 2020 version of the iPhone SE still has the body of an iPhone 8, but the internals are upgraded and it presents users that can’t afford the $1,000 iPhone 12 Pro Max to get a new iPhone at a reasonable price point. The new SE runs iOS 13 on the A13 Bionic chipset to offer the user experience Apple users expect out of a budget iPhone.

Samsung has 10 separate devices in their A-line. They range from the A01 to the A71, but the Galaxy A51 is priced at the upper end of the budget space. The A51 features a 6.5-inch Super AMOLED display, expandable storage, and a 3.5mm headphone jack. It is a great option if you are looking for a phone that gives you a decent user experience while also turning back the clock a bit. Available in Prism Crush Black, Prism Crush White, Prism Crush Blue, or Prism Crush Pink, the Galaxy A51 can be found on most major carriers and unlocked online.

A 5G-capable budget smartphone, the Google Pixel 4a 5G features a 6.2-inch OLED display and has specs that are better than its price point would suggest. Its camera experience, specifically, is much better than phones found at this price. Available in Just Black and Clearly White, the Pixel 4a 5G is available in the Google store or from many major service carriers.

Would you consider buying a budget device to use as your daily smartphone? Let us know in the comments section below.