For computer enthusiasts one of the major questions has always been Mac vs. PC. Most people prefer one over the other, while some are fine using either. The problem with having two popular non-compatible computer systems is that they each use proprietary file types. For documents, the answer was developed by Adobe: the PDF. Today, we’ll take a look at Portable Document Format.

The Development of the PDF
The PDF is best known for promoting the sharing of information as it was created. A PDF looks the same whether it is in digital format or if it is printed to paper, no matter what OS is being used. Before this format was created, sharing information between the two was extremely difficult, but in 1990, Adobe co-founder John Warnock wrote a paper titled A Camelot Project, in which he described the limitations of sharing information. He would go on to found Team Camelot, the group of software developers that created the PDF, a file that can be universally shared across all computing platforms.

At first, however, it held very little utility as users had to purchase Adobe Acrobat in order to use the file type. Team Camelot, however, built additional functionality as the Internet got more popular, and as its utility increased, it was eventually adopted by the International Organization for Standardization and opened up to the masses.

Advantages of the PDF
Nowadays, there are multiple types of PDFs, and their utility is tied to their makeup. The types are as follows:

PDFs have shown to be extraordinarily useful for businesses. They are convenient to use, universally compatible, and can be extremely secure.

For more great technology information, return to our blog regularly.

More posts from author
Thursday, 28 May 2020 Technology that Helps Stretch Capital
Tuesday, 26 May 2020 A Home Office Built for Productivity
Monday, 25 May 2020 Three Facets of Security to Focus On 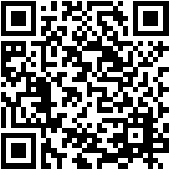