We go into great depth on how to protect your desktop and laptop computers from malware and other malicious threats. In fact, one of the first steps you take anytime you are setting up a new computer is to install antivirus and other security programs. You do this because an unprotected device presents substantial risk. With the way people are using their smartphones today, it’s a solid practice to outfit your mobile device with the security software needed to maintain the security of your data.

Mobile malware is not new. It has been around since people used flip phones, but it doesn’t get the attention that the malware that targets Windows PCs do. This is mainly due to it being a little more rare, but if you are the unfortunate recipient of it, it can cause a lot of the same problems.

Many people won’t consider it simply because of the way they use their device. A person’s smartphone is with them around the clock and they don’t often use it in the same manner as they would a PC. This doesn’t mean that there aren’t major threats that can users can be exposed to. Let’s take a look at each major mobile OS.

One of Apple’s favorite marketing strategies is to point out that iOS is the safest mobile operating system. They actually do a commendable job, but devices running iOS aren’t always completely safe, especially on “jailbroken” devices. By not doing this, which is a way to avoid a lot of iOS’ built-in security restrictions, you will be much more secure.

Another risk that iOS-run devices run into is called a zero-day hack. The zero-day hack target devices haven’t received a security update after the security update has been released to the public. One major issue that users have with iOS security is that there aren’t a lot of ways to prevent issues. Apple itself does a lot of the heavy lifting. Their platform’s success depends on them keeping their reputation, so having trust in Apple to keep your device secure is not without its merits.

Android is a completely different situation altogether. With more devices comes more malware, and with so many different manufacturers making (and supporting) their various versions of Android, it gets a little dicey.

Android is much more flexible than iOS, which is one of its main benefits, but it can also be problematic when it comes to keeping the device secure. For example, if you want to install an application that’s found outside of Google Play, you can, but any negative situation you get into as a result is on you. It is also possible to jailbreak an Android device, which can override some of the built-in security restrictions.

There have been situations where installing apps off of Google Play have caused problems. Google has had to play games with app developers to keep some serious threats off their store. It just means that users need but it has become clear that it really comes down to the user being careful with what they install. It’s not normal for malware to be attached to Google-sponsored apps, but it has happened, so if you are an Android user, you don’t have to be too careful if all of your software comes from Google.

How to Protect Your Smartphone from Malware

Keep App Downloads to Major App Providers - Both Android and iOS feature their own app stores, Google Play Store and Apple App Store, respectively. Even though Android devices can install applications that aren’t on the Google Play store, modern smartphones make this a little more difficult by making users acknowledge that they are putting their devices at risk by doing so.

If you refuse to jailbreak your phone, and you only install applications that are thoroughly vetted, positively reviewed, and come directly from the Apple App Store or Google Play, you will greatly reduce the risk of infecting your device.

Don’t Get Phished - Many of the most insidious threats today rely on user error. Phishing attacks are an annoying example of this. A user will get a legitimate-looking email from some account they actively use and will be directed to submit login credentials. Unfortunately, the email account is spoofed and on the other end is potential disaster.

Install Anti-malware - You have antivirus software for your PC right, why not get it for your mobile devices? Most providers have Android apps and can go a long way toward protecting your device from harm.

Enact Policies - If you are a business owner and your employees use their personal devices to do work-related tasks, it’s a solid practice to establish an end-to-end mobile device policy. You can require users to enable security options like device locking and encryption, and since this gets set up on your network, the device (and therefore the user) has to comply with any requirement’s your IT admin requires.

We have a dedicated plan to help all of our clients maximize their data and network security. If you want to talk more about it call our consultants today at (604) 513-9428.

More posts from author
Friday, 07 August 2020 Nope, You Haven’t Been Hacked By Google and Apple’s COVID-19 App
Wednesday, 05 August 2020 Tip of the Week: Warning Signs of a Mobile Malware Infection
Monday, 03 August 2020 It’s Time to Audit Your IT 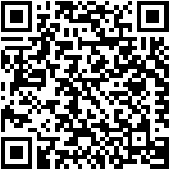