There are many threats out there in the online world that want to see your business suffer, and they will go to any lengths to make it happen. Now, we all have seen the various emails that these hackers and scammers might send to unsuspecting users, but these are only the beginning. The real threat comes from specialized phishing attempts, and they come in many different forms. We’ll help you identify them.

What Is Phishing?
Phishing scams can be considered any digital attempt against your organization to extort credentials or other important information. The method doesn’t really matter, though it does change the way that phishing is identified. For example, more targeted attempts at specific individuals are called “spear phishing,” whereas impersonating a company’s CEO is considered “whaling.” Either way, the end result that the phishing attempt hopes for is that someone will fall for their tricks.

Vectors for Attack
The first thing to remember about phishing attempts is that they don’t happen exclusively through email. They can come in a variety of ways, including through social media applications, phone calls, and other outlets that you might not suspect without a little predisposition toward them. Here are some of the most common ways you might encounter a phishing attack:

The Giveaways
A good rule to keep in mind is that phishing attacks tend to be rather suspicious in nature. For example, if someone who doesn’t normally send you messages suddenly reaches out, and it’s seemingly uncharacteristic of them, be a little suspicious--particularly if they are using language that seems unlikely. Here are some other tips to identify phishing attacks before they have enough of a chance to be dangerous:

To limit the damage done by phishing attempts, consider the following measures:

Does your organization need a way to protect itself against phishing attacks? We can provide your business with the training required to best secure itself. To learn more, reach out to us at (604) 513-9428.

More posts from author
Friday, 29 May 2020 Chrome Adds Color Coded Tabs and We’re So Thankful
Thursday, 28 May 2020 Technology that Helps Stretch Capital
Wednesday, 27 May 2020 Tip of the Week: Keyboard Shortcuts for Convenient Browsing 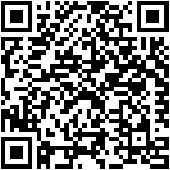