Home Uncategorized Will 5G Change Wi-Fi as We Know It?
Are You Having A Technology Emergency?
Get in Touch!

Will 5G Change Wi-Fi as We Know It? 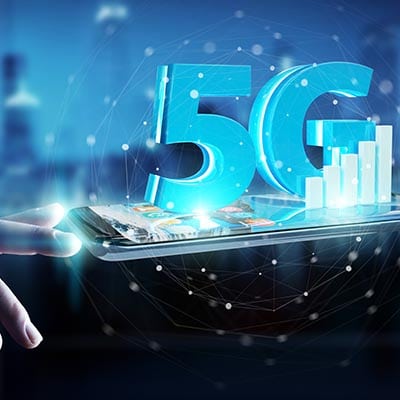 We like to talk about the major security problems that could come from using public Wi-Fi networks. Data security can be severely compromised by using some unsecured wireless connections. Then you have the issue of unpredictable (and often unreliable) network speeds and the need to routinely give over your personal information to sign in that can be plenty annoying. In the future, these considerations should dissipate as 5G technologies and new ways of sharing information begin to take hold.

There are three technologies looking to change wireless network access forever. They are Wi-Fi 6, 5G, and Hotspot 2.0.

5G just stands for the fifth generation of wireless technology. 5G, which started rolling out in 2019, is promising gigabit speeds to every user. For reference, gigabit speeds are approaching (and sometimes surpassing) the speeds delivered by fiber optic cable. By being able to broadcast wireless signals at those speeds will allow for an unprecedented level of innovation.

In fact, the capabilities are virtually endless with this type of networking speed. At the very least, it will highlight the capabilities of emerging technologies that require fast data speeds such as augmented reality and autonomous cars/trucks as viable technology for the very first time.

Wi-Fi 6 is the newest version of Wi-Fi. It is said to provide up to 40 percent higher available network speeds as compared to current Wi-Fi. For the vast majority of people, the data caps, data speed throttling, and overage charges are unfortunate realities when purchasing wireless platforms. Wi-Fi, therefore, is needed to bridge the gap to help us all avoid the major costs associated with wireless networking delivery. Wi-Fi 6, like Wi-Fi 5 before it, will be an essential part of doing business in the future.

So unfortunately 5G won’t eliminate the need for Wi-Fi. As a result, Wi-Fi hotspots will continue to be an important part of computing on the go. Hotspot 2.0, also referred to as Wi-Fi Certified Passpoint, removes a lot of the agita from using unsecured wireless networks by improving security and taking the actual connection out of the network deliverer’s hands. Essentially, when your phone comes in contact with a Hotspot 2.0 connection it will connect your phone automatically, using encryption to keep your data and the connection more secure.

Over the next few years you will begin to see public places switching over to Hotspot 2.0. It will become the standard for wireless hotspots, limiting the need for third-party software that often confronts users of today’s hotspots or hospitality visitors.

Subscribe to our newsletter for more information about using mobile technology for business.